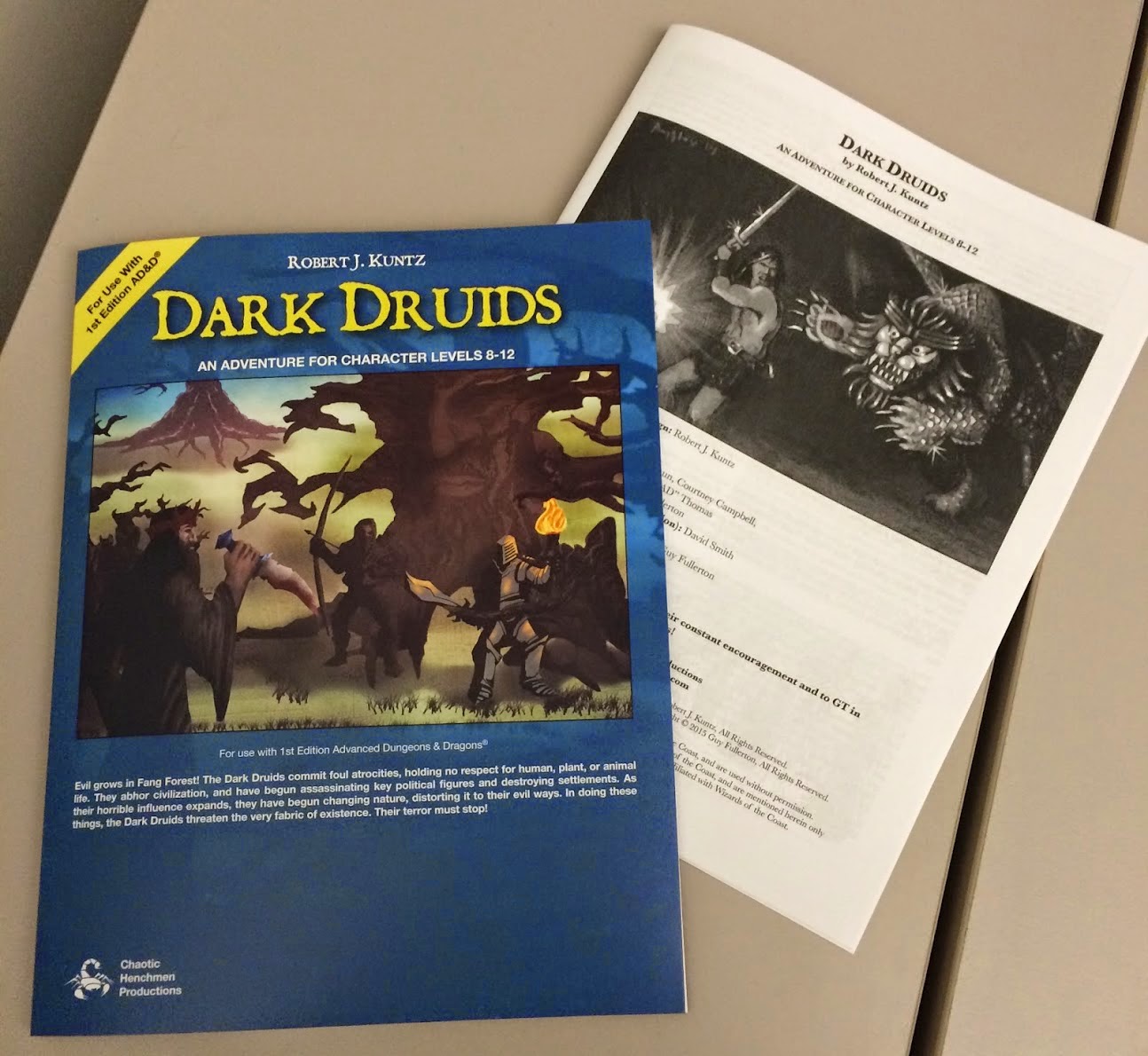 Just a quick announcement that the new version of Rob's Dark Druids module is now available. It includes all the content from the (expanded) 2006 version, is updated for use with one of your favorite game systems, and features dozens of new illustrations.

It will turn your players' expectations on their ears, and give you a glimpse into some of the campaign play of the 1970's.

Hop over to the Chaotic Henchmen site for full details and order info...

Thanks again Rob, for graciously allowing me to republish it, and for giving me the chance to shout about it here!

I met with the president, Jon Hershberger, of Black Blade Publishing last night, this over a meal and a few beverages.

What came out of it is a reformed idea path by which we will continue handling my reprinted and new RPG materials.

Though we are not changing what has been previously listed on the production schedule, we have jostled it around a bit and added some items to it.

Black Blade has received the Ice Grave MS. as of this morning.  This adventure was originally published in Troll Magazine back in 1997 and is perhaps one of the rarest items out there for my adventures.  Troll Magazine went belly-up after two issues and the majority of their stock was pulped by the printer.  That left only a few hundred issues, at my estimate, floating around out there in which this adventure occurs.

As originally written it was generic; so BB will be bringing it up to 1st Edition standards through its republication.


In other news.  Once I have cleared the deck of two RPG projects pending (Machine Level and Horsing Around) Black Blade and I will be analyzing the production approach for my Castle dungeons and environs, Castle El Raja Key.  This is a preliminary but necessary step for ascertaining the best way to present it, so there will be more information forthcoming over the next six months as we affirm the best pre-production guidelines for it.

In other news we also agreed that neither I alone, nor Black Blade, has the time resources to complete the vision, as first forwarded by them, of bringing to public the RJK CD Archive, about 8,000 plus separately scanned files.  As of today I have arranged a new partnership with another company to forward the release of the archive.  I am meeting with the president of that company tomorrow and there should be a public announcement soon enough upon the thrust we will be taking to expedite this huge project which has otherwise been in hiatus for time and production reasons.

It appears that the printer proof for DARK DRUIDS is in Guy Fullerton's hands and he is combing through it now.  Expect it to be available for sale from Chaotic Henchman very soon!  Guy will no doubt update us all upon its release. 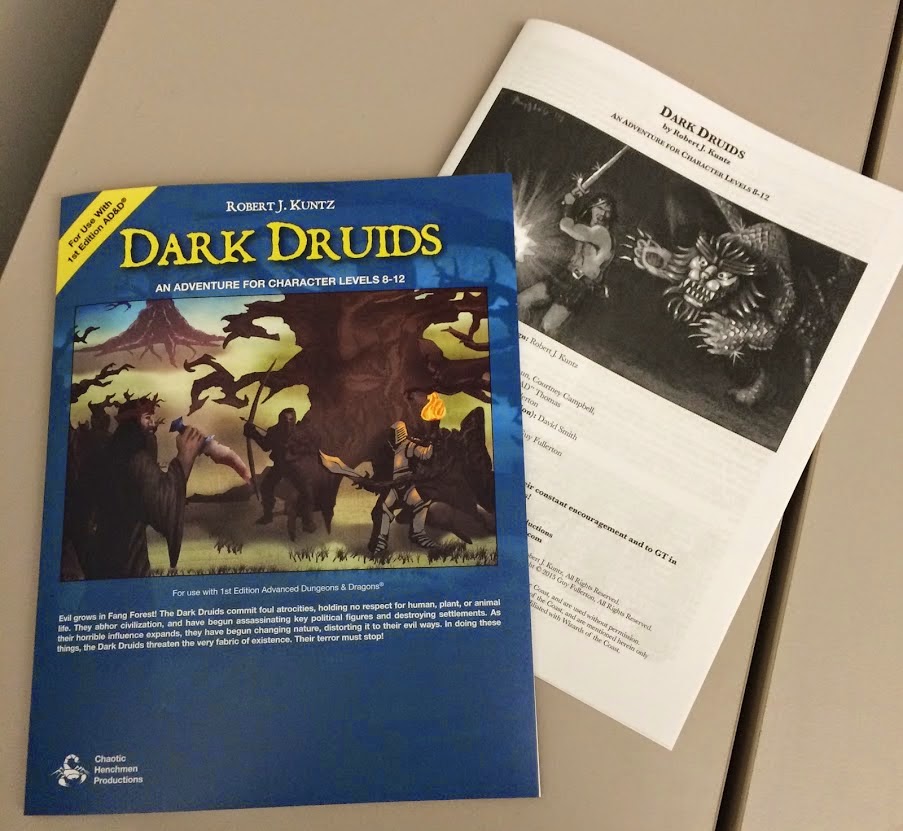