The Decline of American Culture

An abridged version of a commencement speech delivered at Stanford University, 2007, by the (then) Chairman of the National Endowment for the Arts, Dana Gioia. 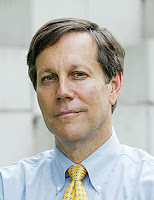 Dana Giola
The loss of recognition for artists, thinkers and scientists has
impoverished our culture in innumerable ways, but let me mention one.
When virtually all of a culture’s celebrated figures are in sports or
entertainment, how few possible role models we offer the young. There
are so many other ways to lead a successful and meaningful life that
are not denominated by money or fame. Adult life begins in a child’s
imagination, and we’ve relinquished that imagination to the marketplace.

But we must remember that the marketplace does only
one thing — it puts a price on everything. The role of culture,
however, must go beyond economics. It is not focused on the price of
things, but on their value. And, above all, culture should tell us what
is beyond price, including what does not belong in the marketplace. A
culture should also provide some cogent view of the good life beyond
mass accumulation. In this respect, our culture is failing us.

In a time of social progress and economic prosperity, why have we
experienced this colossal cultural decline? There are several reasons,
but I must risk offending many friends and colleagues by saying that
surely artists and intellectuals are partly to blame. Most American
artists, intellectuals and academics have lost their ability to
converse with the rest of society. We have become wonderfully expert in talking to one another, but we have become almost invisible and
inaudible in the general culture.

This is not happening now in American schools. What
are we to make of a public education system whose highest goal seems to be producing minimally competent entry-level workers? The situation is a cultural and educational disaster, but it also has huge and alarming economic consequences. If the U.S. is to compete effectively with the rest of the world in the new global marketplace, it is not going to succeed through cheap labor or cheap raw materials, nor even the free flow of capital or a streamlined industrial base. To compete
successfully, this country needs creativity, ingenuity and innovation.
It is hard to see those qualities thriving in a nation
whose educational system ranks at the bottom of the developed world and has mostly eliminated the arts from the curriculum. Marcus Aurelius believed that the course of wisdom consisted of learning to trade easy pleasures for more complex and challenging ones. I worry about a culture that trades off the challenging pleasures of art for the easy comforts of entertainment. And that is exactly what is happening — not just in the media, but in our schools and civic life.

If you don’t believe me, you should read the studies
that are now coming out about American civic participation. Our country is dividing into two distinct behavioral groups. One group spends most of its free time sitting at home as passive consumers of electronic entertainment. Even family communication is breaking down as members increasingly spend their time alone, staring at their individual screens.

The other group also uses and enjoys the new
technology, but these individuals balance it with a broader range of
activities. They go out — to exercise, play sports, volunteer and do
charity work at about three times the level of the first group. By
every measure they are vastly more active and socially engaged than the first group.

What is the defining difference between passive and
active citizens? Curiously, it isn’t income, geography or even
education. It depends on whether or not they read for pleasure and
participate in the arts. These cultural activities seem to awaken a
heightened sense of individual awareness and social responsibility.

Art is an irreplaceable way of understanding and
expressing the world — equal to but distinct from scientific and
conceptual methods. Art addresses us in the fullness of our being —
simultaneously speaking to our intellect, emotions, intuition,
imagination, memory and physical senses. There are some truths about life that can be expressed only as stories or songs or images.

Art delights, instructs, consoles. It educates our
emotions. And it remembers. As Robert Frost once said about poetry, “It is a way of remembering that which it would impoverish us to forget.” Art awakens, enlarges, refines and restores our humanity.
Posted by Rob Kuntz at 10:04 PM