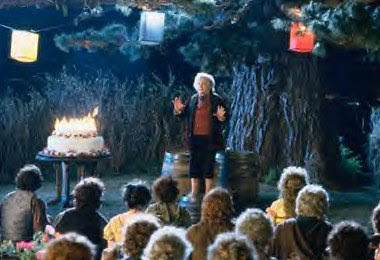 As arranged by the god of electrons...

[No one laughs and Bobbo waves to same.]

[Silence; and Bobbo waves to same.]

BOBBO [after a short pause to light a cig]:  "I am going now, far over the expanse of yore, exchanging the known for its perkier side, and straight into the bosom of the past to begin a new future!"

[Most of the party-goers have dissolved by now, leaving only the designers and die-hards from the original list. There is an audible CLICK! and the page resets upon a You-Tube video showcasing the next sexy sensation.  An audible sigh of relief is heard from the exited party-goers.]