Welcome to my World

It is a world of unchained imagination.  And I invite you to partake in it.  It not only celebrates one of the greatest gifts that man has and that distinguishes himself from animals with, but it points ever onward as to why I must, like the child of my youth, continue that exploration.  In doing so I freely expand upon the limits that it teases me with and therein expose matters never before seen.

So side with the improbable and the impossible and make it real. No Arthurian legends to be had here, but instead, and as my favorite fantasy author, Clark Ashton Smith, intoned:

Tell me many tales, O benign maleficent daemon, but tell me none that I have ever heard or have even dreamt of otherwise than obscurely or infrequently. Nay, tell me not of anything that lies within the bourne of time or the limits of space; for I am a little weary of all recorded years and chartered lands.

Tell me many tales, but let them be of things that are past the lore of legend and of which there are no myths in our world or any world adjoining. . . . Tell me tales of inconceivable fear and unimaginable love, in orbs whereto our sun is a nameless star or unto which its rays have never reached.

To the Daemon, A prose Poem by Clark Ashton Smith

And to punctuate that, a quote from one of the Greats who continued in that tradition of exploring the unknown, and this time through games:

There should be no natural laws which are certain. Space could be passable because it is filled with breathable air. On the other hand the stars could be tiny lights only a few hundred miles away. Some area of land could be gates into other worlds, dimensions, times, or whatever. Mars is given in these rules, but some other fantastic world or setting could be equally as possible. This function is up to the referee, and what he wishes to do with it is necessarily limited by his other campaign work. However, this factor can be gradually added, so that no sudden burden will be placed upon the referee.

For there are many worlds left that we have not explored... 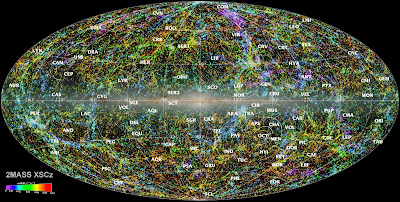 Are you game? If so, follow along.  And in between consider the many imaginings I will be bringing to you, this among them:

Though I set these words to vellum with a certainty of intent, just as the moons above offer themselves to the astronomer to be counted, as well as to be counted on, I do so with a darkened soul. I fill my space in time with the visions that accompany me now, and moreover when they depart from me to linger about the shadows of my camp, there to inform me of what memories cannot and should not do.  These singe me like a fire not so close or far, yet tempt me to burn them none-the-less, burn them from my very eyes!

For I, the lucky-one, am the last one. And even as the mind guides my tongue to refute what I’ve seen, it sometimes allows the hand to move as a gesture to it all.  But I still cannot inscribe that name, as the silence congeals about me then, just as the shadows do at those times.  Beware! it says to me.  And so said, I must again deny the images of courage and blood stamped out by the silent terror it knows I’ve seen within that crypt.