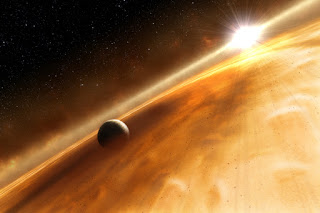 
✷ The Denizens of Fomalhaut ✷
(and Their Eurthly Worshippers)

“Fomalhaut is possibly one of the most studied planets of our time.  Ancient texts have variously referred to it as Vulcan’s Brow, The Misbegotten Fire and Inferno’s Tail.  Esoteric sources, as is noted in the following extract from Empires of Dream, elucidate upon its nature in relation to our sphere”:

“Beyond the currents of mist and near the beginning of far night burns the ever present eye of fire, Fomalhaut.  Its mysteries are veiled in secret rites that many obscure sects of Eurth have practiced.  Predominant among these is the Rite of the Searing Eye of the brown skinned savages in the Ameedo Jungle. Their priests tend to an immortal fire that is legended to consume living human flesh, this to allay the temper of the god, Tuga, who is believed to be imprisoned in Fomalhaut.  Lesser known worship of this “god-planet” persists in both local and far-flung respects: among the priest’s of the Crimson Brotherhood who offer fist-sized rubies to it in a sympathetic ritual of bonding; among the elementalists of Brass, who claim that its roiling fires are mysteriously related to the birthing activities of their volcanoes; and by the Ssa, the primordial race of rubescent serpent men that worship Meta-Fir, greatest of all fire drakes and messenger of Tuga. The latter betokens a fiery wrath bourn from Tuga’s hatred for all living things.”  -- Saharian the Shaman 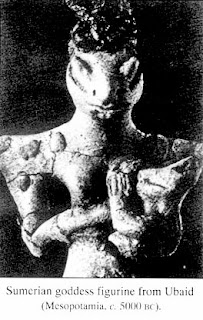 “The Seven Cryptic Books of Hsan reveals additional matter regarding one of its nearby satellites”:

“I have identified a moon of external origin to Fomalhaut and unrelated in composition to the dust belt encompassing the latter.  How it came to be in its orbit is a most puzzling concern; and such an occurrence is unequalled in astronomical histories. … I have named it the “F-Moon.” My studies are now fully given over to this anomaly and especially to its strange shadowy surface that traps light within it.” – partial of a testimony presented to the Sage’s Guild at the Free City of Hawks by Hsan Ezemryr.