Dark Druids has reached its final incarnation (in English, see below) via Chaotic Henchmen and under the guiding hand of Guy Fullerton.  A big thank you is due Guy and the folks who are championing through purchases and appreciative gestures its re-release!

I have agreed in principle with an Italian RPG publisher to have select adventures/works of mine translated for that part of the EURO market and we are in the final stages of ironing out the contractual details.

Pied Piper Publishing's remaining materials, stock and project particles (already printed color maps for two related projects which I was furthering--THE ANNEX and DREAMLANDS--before the company ceased operations) have been turned over to Black Blade Publishing.  At some point I am sure that the stock, otherwise available at their convention booth, will be available for online purchase in the future.

I re-reviewed DREAMLANDS and discovered that I had about a week of (full time) writing left to finish it.   So...  I will be plucking away at it in between the courses on my always variegated plate of delectable choices.

Here's the cover (2009) by Andy Taylor (aka "ATOM"); and a partial of the color 11x14 map I rendered for it (1985) when the design moved from being the "OZ LEVEL" for Castle Greyhawk (2nd iteration) to its final state.  In reinventing the former model I'd previously used this expanded it into element usage in ways consonant with my template for Lost City of the Elders (1974) and (distantly) for the GOD GAME model (played by LGTSA members in 1974), the latter which is already detailed for my upcoming book, A NEW ETHOS IN GAME DESIGN. 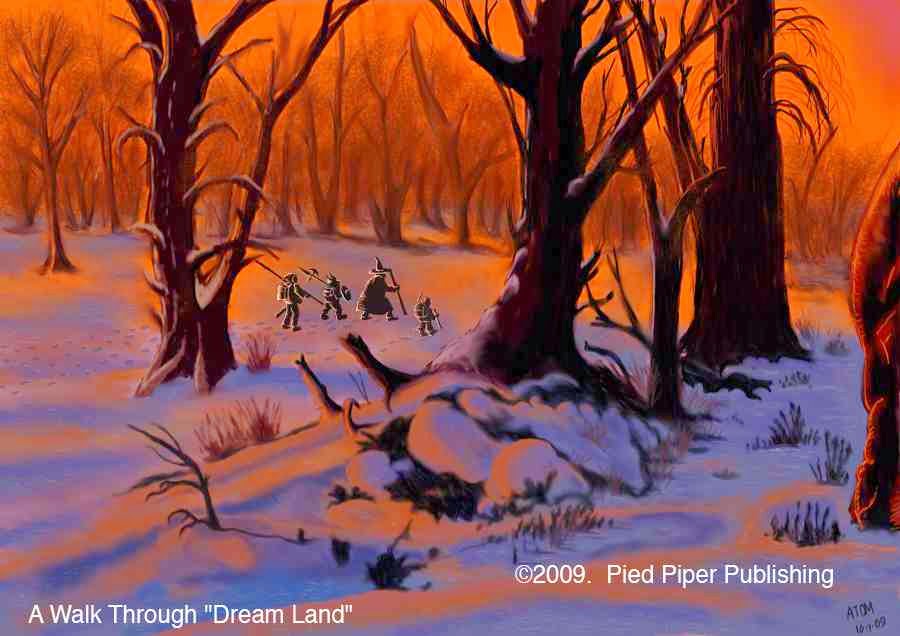 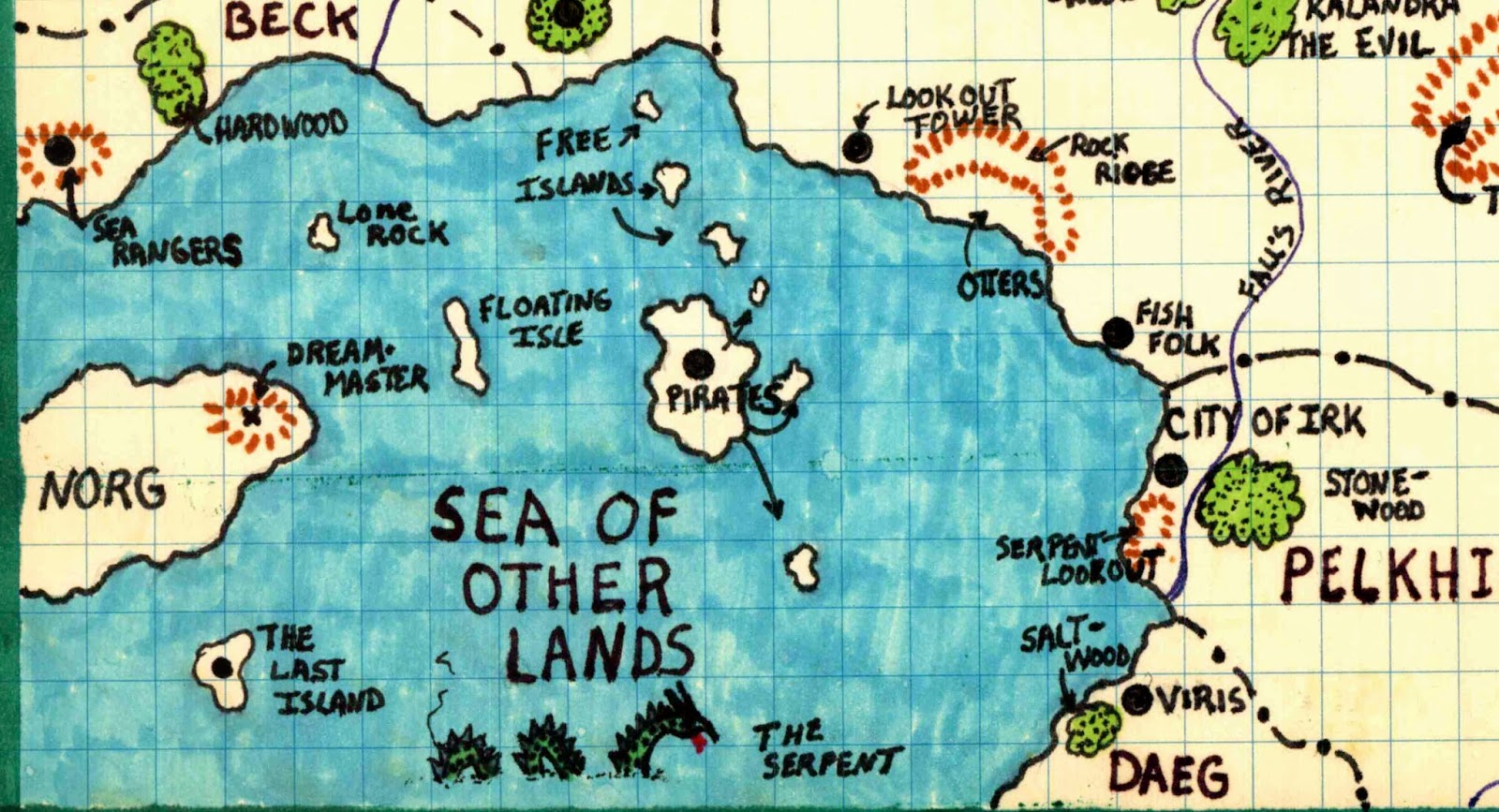